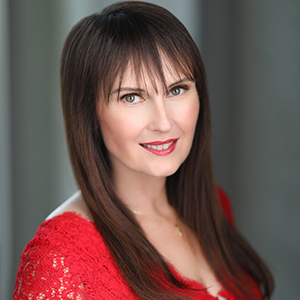 Rachel McGladery has 20 years of experience in the greater Vancouver commercial real estate market. She is one of the few senior agents who actually manages her own listings. She does not pass along work to junior agents.  If you hire Rachel, you get Rachel!

Rachel has completed over 1,600 lease transactions and generated over 260 million in income for her owners over the past 20 years.   She is focused on commercial sales and leasing in the geographical area south of the Fraser River in the GVRD, which includes the cities of Surrey and Langley.  Due to transportation and population growth, she believes these areas are Greater Vancouver's hottest commercial market. Rachel actually grew up in the Fraser Valley and this gives her a significant advantage over her competitors. She has seen the changes and knows the change makers.

Rachel has a relentless positive attitude with an unfailing determination to get the job done. She enjoys a challenge and often takes over stagnant listing and somehow finds a way to get them leased. Her motto, which she took from Babe Ruth is “You can’t beat a person who never gives up.”

From 2001 until 2012, Rachel was Director of Leasing for Wesgroup Properties (“Wesgroup”), one of Western Canada's largest private real estate and development companies.  The majority of Wesgroup's portfolio was in Surrey and Langley, which allowed Rachel to become a market expert in the Fraser Valley and develop a strong book of clients.

At Wesgroup, Rachel managed a commercial portfolio of over 2.4 million square feet.  She also secured build to suit pre-leasing of mixed-use and logistical sites to national companies such as FedEx, Pharmasave and Lordco.  She leased over 200,000 square feet of office space to Tenants such as Vancouver Coastal Health, BC Bio Med, ICBC, Public Works, Royal Bank and ensured that the nine office buildings owned by Wesgroup averaged a less than 2% vacancy rate over a ten year period.

In 2012 Rachel returned to working in brokerage where she first started her career in 1996. She joined RE/MAX Commercial Advantage and since joining, she has been promoted from Associate to Vice President and most recently in March 2016, she was made Senior Vice President.  She was also awarded the RE/MAX Platinum Club Award in 2015 and inducted into RE/MAX Hall of Fame in 2016.

Rachel is an expert at transforming devalued properties. For instance, she located a mismanaged strip mall of 55,000 square feet. The mall was in need of improvements and was located in a challenged area of Langley. As a result, the mall was over 53% vacant. She brought the property to her preferred client, the Berezan Group. Due to Rachel’s relentless efforts to find a major tenant, Berezan purchased the property with a major tenant in place that Rachel also found. The property has increased substantially in value.